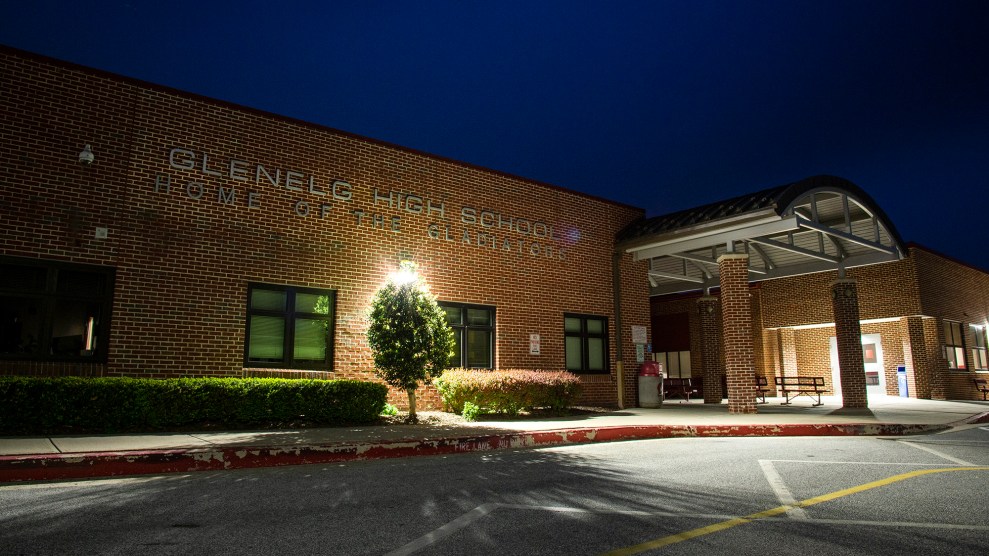 “Blacks destroy school systems and schools,” read one letter to county officials about the busing plan. “Black families (as a core group) don’t value education like other cultural groups,” read another. “The Black Community needs to take responsibility for the behavior of its people,” a third declared, “or the white man will take them back to place where they don’t want to go.” Don’t worry, though. The writer insisted they were not being racist.

These letters were written in recent months in response to a Howard County (Maryland) Council resolution calling on the county school system to desegregate its schools. The letters’ target was a comprehensive redistricting proposal offered by Howard County schools superintendent Michael Martirano. The plan would ease overcrowding and, in Martirano’s words, “substantially improve equity and access to the best educational services” in the county’s schools. By redistributing students around the district and balancing the number of poor students in the district’s schools, the proposal would make the schools more economically integrated, and thus—in theory—more racially integrated.

Howard is one of the wealthiest counties in the country, with a median household income of $115,000. But Council member Mercer Rigby said in a statement that Howard County in recent decades has been “increasingly segregated by race and socioeconomic status” and added that redistricting was a “civil rights issue.” In 2014, the Maryland Equity Project found that, of the 24 school districts in the state, Howard County ranked 15th in segregation between black and white students. Gail Sunderman, the project’s former director, pointed out in an email that poor students in the county were among the most segregated from their richer peers. Racial segregation persists once you enter the schoolhouse doors, with white students disproportionately taking Advanced Placement classes and Black students taking remedial classes, a 2017 Baltimore Sun investigation found. (A majority of kids in the district are Black, Latino, and Asian.)

At a time when schools across the country are slipping toward resegregation, the Howard County proposal would move roughly 7,400 students to different schools in a district of 57,000 kids, an effort that would reduce the number of schools with high rates of students in poverty. At 14 of the district’s 62 elementary and middle schools, per the Baltimore Sun, at least half of the students qualify for free and reduced lunch, a proxy for poverty. The plan, Martirano told the Baltimore Sun, represented “a true example of equity in action, looking at our capacity and our poverty rate so children all across the school system can receive an equitable education.” Of the more than 12,000 kids who participated in free and reduced lunch in Howard County in 2018, roughly 47 percent of them were Black and 27 percent were Latino.

The response? An all-too-familiar backlash in which race and poverty were freely conflated. In more than 400 pages of written testimony submitted to county officials since July, Howard County residents cover the whole gamut of American racism: There is the oafish, booming racism; there is the polite, cooing racism. There are the racists who cite “the data” and “the stats” to argue that Black people are subhuman; there’s the resident who cites “Dr. Ben Carson” as evidence that “disadvantaged” kids can succeed but only if their communities have “strong values.” Some decry “social engineering” and “socialism,” or warn that the plan would “destroy neighborhood schools.” Others are concerned that wealthy families would leave the district altogether. Parents and residents alike have protested against the redistricting proposal, waving signs like “No Forced Busing.” In all the aggrieved response bookended another incident in Howard County’s recent past. In May 2018, four white teenagers spray-painted the sidewalks of Glenelg High School, drawing swastikas and calling the black principal the n-word. They were later charged with hate crimes. “Howard County stands out as a place where diversity and acceptance are cherished,” Martirano had said at the time.

Decades of research—the data, the stats—has shown that integrating schools has a demonstrable effect on closing the achievement gap between Black and white students. Reading over the testimonies, though, you might begin to suspect that the fierce resistance to the desegregation plan isn’t despite the virtues of integration but because of them. In the middle of the letters is a quiet, almost plaintive testimonial, from a Columbia, Maryland, woman who supports the measure. She invoked the name of Columbia’s creator, James Rouse, who in the 1960s designed the city as an experiment in colorblind suburban development.

My parents moved to Columbia in 1969 because of the promise of equal housing. Somewhere along the way, Rouse’s vision has been lost and we need to be reminded of what those original lofty goals were.

Already the redistricting discussions have taken an ugly, hateful, racist turn. Please help our communities to stay calm and see the benefits of change.

Below are some excerpts from the written testimony.

“It is not racism. It’s lasy good for nothing Blacks that have ruined Columbia.”

“A large influx of urbanized people moved with their urbanized ways”

not racism it's reality (p. 1)
View entire document on DocumentCloud

“Do you think we want to send our children with children of people like that?”

can't call me racist because i am black (p. 6)
View entire document on DocumentCloud

“Dysfunctional Black parents DO NOT support the teachers”

nothing to do with racism (p. 9)
View entire document on DocumentCloud

“Counterproductive…to our goal of creating a more cohesive community”

“Social engineering failed before and it will fail again!”

“Equity and integration can only occur organically”

“Using ‘segregation’ to spearhead school improvement is a wrongheaded plan”

child of the 60s (p. 102)
View entire document on DocumentCloud

“CR112 will not help poor or rich families”

“You are making enemies with the middle class—the backbone that supports Howard County. We don’t want you even to try to experiment Socialism.”

“Racial segregation doesn’t exist in our school system in general”

“This move seems like a socialistic initiative in capitalistic America”

“On MY DIME, The Council want children of these people to go to school with my children”

Correction: An earlier version of this story, citing a Baltimore Sun report, noted incorrectly that the Maryland Equity Project considered Howard County the most integrated district in the state. In 2014, Howard County ranked 15th in segregation between black and white students among the 24 school districts in the state.