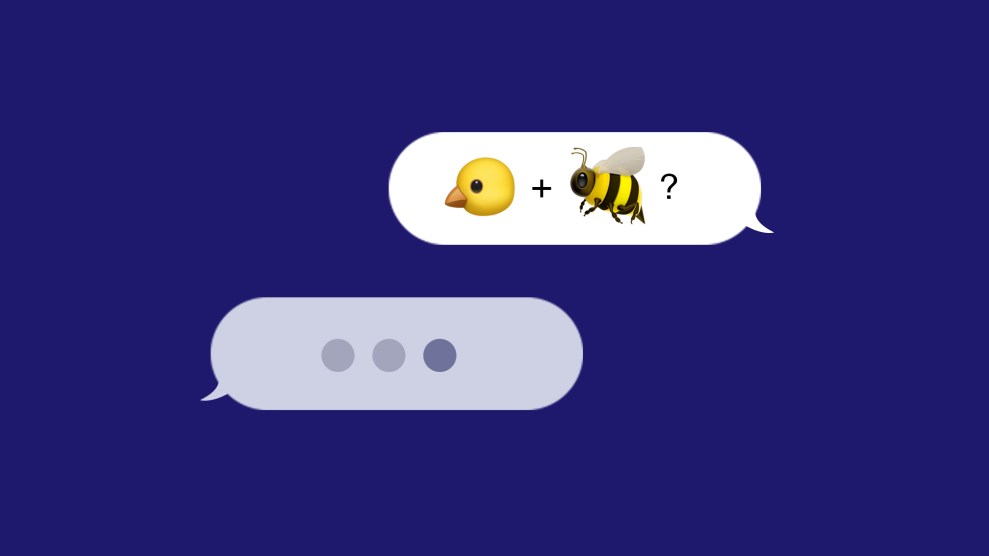 Maura was about to go to college, and she had some questions about the birth control pill. In the week leading up to her period, the 18-year-old was used to enduring terrible migraines and cramps and feeling severely depressed—and the symptoms were getting worse. She wondered if the pill could help, but she wasn’t sure how to get it, or which version to take. Maura didn’t want her mom to think she was having sex, and she didn’t feel like she could talk to her doctor because she was worried it would get back to her parents.

Maura, who asked that we only use her first name, grew up in New Jersey, a state with comprehensive sex ed. She also wrote for Sex Etc., a magazine about sex and puberty by and for teenagers. Even someone like her, who had all the right tools at her disposal, had questions that couldn’t be answered through those channels.

In search of information, Maura went to the Planned Parenthood website, where she noticed a purple banner across the page picturing a small, rectangular blob with a smile across its navy blue face. “Psst! I’m Roo,” it read. “Have questions? Our convo is private.” She clicked on it. Soon, she was in a chatroom with a bot built by Planned Parenthood for teenagers to anonymously ask questions about sex, bodies, and relationships.

“It felt like a safer way to [learn about] birth control rather than talking to a real person,” said Maura.

Maura started listing her symptoms to Roo: migraines, depression, cramps. “It was very much like a person was really talking to you rather than an automated machine,” she said. Roo gave Maura a list of birth control options that could work with her symptoms along with the address of the nearest Planned Parenthood clinic, where she could have a private conversation with a doctor. “It felt like a safer way to [learn about] birth control rather than talking to a real person,” she said.

Since launching in January, Roo has answered more than three million questions. Ambreen Molitor, senior director of the digital products lab at Planned Parenthood, said Maura’s situation is what Roo was meant to help with. The driving force behind Roo was the lack of state-mandated, medically-accurate sex education throughout the country. “We wanted to figure out innovative ways for teens to get that information just as they would if they were in a sex ed class,” Molitor said.

The birth of Roo comes at an especially tumultuous time for sex education. In the past few years, the Trump administration has gutted the Teen Pregnancy Prevention Program (TPPP), an Obama-era initiative that funded evidence-based programs researching new ways to reduce and prevent teen pregnancies. Congress approved funding for TPPP in March 2010, establishing with it the Office of Adolescent Health (OAH) inside the Department of Health and Human Services. By September that year, OAH had awarded $100 million in grants.

But like many Obama-era programs, Trump has started dismantling it. In the summer of 2017, Reveal reported that OAH sent letters to 81 TPPP grantees to let them know their funding would be ending two years earlier than expected. At the same time, the federal government has been pumping money into abstinence-only programs whose efficacy has been disproven time and time again. Most recently, the Administration for Children and Families, another office within HHS, awarded over $22 million to groups focusing on abstinence-only education.

At the state level, legislators have been pushing for more progressive and comprehensive sex education. In the past year, 32 states and Washington, DC, introduced 79 sex education bills that include lessons on consent, violence in relationships, and LGBTQ-related issues. Rep. Barbara Lee (D-Calif.) and Sen. Cory Booker (D-N.J.) also reintroduced the Real Education for Healthy Youth Act in May. If passed, the bill would redirect funding previously reserved for abstinence-only programs to groups that offer medically accurate sex education.

But teenagers don’t have time to wait for these bills to make their way through the state and federal legislatures. They have questions and often will go online to find answers. The problem, Planned Parenthood’s Molitor says, is that they don’t know how to distinguish accurate health information from myths. “There’s a lot of opportunities for kids to be misinformed,” she said.

To build Roo, Molitor and her team started talking to teenagers and sitting in on classrooms where they could observe their day-to-day behaviors. From that research, they built Roo to match teenagers’ online habits, including making it as mobile-friendly as possible. (They also got input on the name for the bot from teenagers: They settled on Roo because it sounded friendly, and it was short and gender-neutral.)

Often, teenagers will ask Roo questions that have more to do with their religion: “I come from a Catholic background. How do I tell my parents or my friends or my community that I’m gay?”

The researchers also found that teenagers were increasingly worried about their privacy. Molitor often hears that teens’ favorite part of using Roo is that it is completely anonymous. Molitor likens it to the question box in a traditional sex education classroom, but without the awkwardness of having to hear the answer while surrounded by your classmates.

Roo was built using artificial intelligence and natural language processing, which trains the bot to react to and analyze questions using keywords or phrases. It’s the same technology behind predictive texting on smartphones. Users have access to a list of questions that the bot can answer, but it was important for Molitor that people interacted with Roo through open-ended, custom questions. “If you leave an open slate, there’s an opportunity for us to actually really get to the core of what they want to answer,” Molitor said. While they were training and testing Roo, a team of sex educators reviewed each answer to make sure it was medically accurate with the most up-to-date information.

If Roo doesn’t understand a user’s question, it will suggest other resources, like one of Planned Parenthood’s health educators or a nearby clinic. As users continue to interact with Roo, Molitor’s team will track questions and group them with others that Roo is already familiar with to strengthen its responses.

Molitor said Planned Parenthood isn’t keeping track of who uses Roo, but users are prompted to fill out an optional survey at the end that asks information on sex, race and gender. Of the users who have filled out the survey, 78 percent of them were between 13 and 19 years old and about 64 percent were students of color.

The questions Molitor sees are what you’d expect from confused teenagers. “They want validation that they’re normal. ‘Is this specific change normal?’ ‘Is my body normal?'” she said. Molitor sent me the top five questions that users have asked:

The team also saw a lot of questions around consent: how to ask for it, how to give it, how to know you’ve crossed a line. This curiosity lines up with how sex education has been changing since the #MeToo movement.

The questions Roo gets don’t change based on who’s asking, said Molitor: “Someone from a town in Montana is asking the exact same questions as someone in New York.” The few differences she’s noticed are from users who live in smaller rural areas. Often, they’ll ask questions that have more to do with their religion: “I come from a Catholic background. How do I tell my parents or my friends or my community that I’m gay?”

Questions like this led Molitor and her team to a big realization: “We thought everything had a very binary answer,” she said. “The reality is that sex education is about decisions in your sex life. It’s very personal and based on what your beliefs, your values, or your judgments are.” During beta testing, researchers made sure Roo’s answers were written in a nonjudgmental tone. “We’re providing them with the tools help them make the decision, but not making the decision for them,” she said.

In the end, Maura decided that the side effects of hormonal birth control might outweigh the benefits for her. But since using Roo, she’s been recommending it to her friends who have similar questions. “Not everyone is getting the same quality of sex education or has access to accurate sexual health information,” she said. “This could be the only way they have to reach out.”