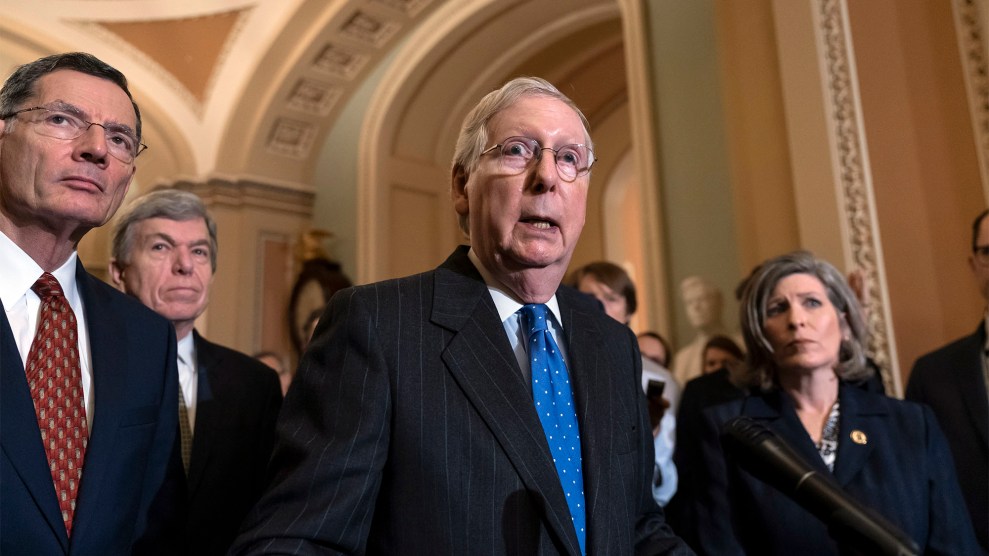 A majority of the US public supports President Donald Trump’s impeachment and removal from office, and an overwhelming majority wants new witnesses to testify in the Senate’s impeachment trial. But Senate Republicans appear almost certain to succeed in acquitting Trump and blocking the admission of new evidence.

On Tuesday, the first day of the Senate’s trial, Republicans defeated a series of amendments by Democrats to admit new evidence and call new witnesses on a 53–47 party-line vote. What explains the disconnect between the actions of Senate Republicans and the views of the public? Put simply, Senate Republicans do not represent a majority of Americans.

The Republicans who blocked the admission of new evidence represent 15 million fewer Americans than the Democrats who voted yes, according to Ian Millhiser of Vox.

Of course, the Senate has favored small states over large ones since its inception because of the decision at the Constitutional Convention in 1787 to give each state two senators regardless of population. But the gap between large states represented by Democrats and small rural states represented by Republicans keeps growing. Today, the country’s largest state, California, has 68 times the population of the smallest one, Wyoming, yet they have the same number of seats in the Senate. That means individual voters in deep-red Wyoming have far more influence over the Senate than voters in deep blue California.

This makes the Senate deeply unrepresentative of the American people and puts Democrats at a major disadvantage, since Democrats tend to represent highly populated urban states while Republicans represent smaller, more rural ones. In 2018, Democratic Senate candidates won the popular vote by a margin of 54 to 46 percent, but Republicans gained two seats in the chamber. The GOP’s Senate majority is far whiter, more rural, and more conservative than the country as a whole.

As a result of this population divide, senators representing a smaller and smaller minority of Americans can block legislation supported by a majority of the public. Because removing a president from office requires support from two-thirds of senators, it’s now possible for 34 senators representing the 17 least-populous states with just 7 percent of the country’s population to prevent Trump’s ouster. (In reality, it wouldn’t play out quite like this, since some of the smallest states, such as Vermont and Delaware, are represented by Democrats.)

Trump lost the popular vote by 2.9 million votes in 2016. But minority rule in the Senate is even more skewed—and will likely help Trump keep his job.