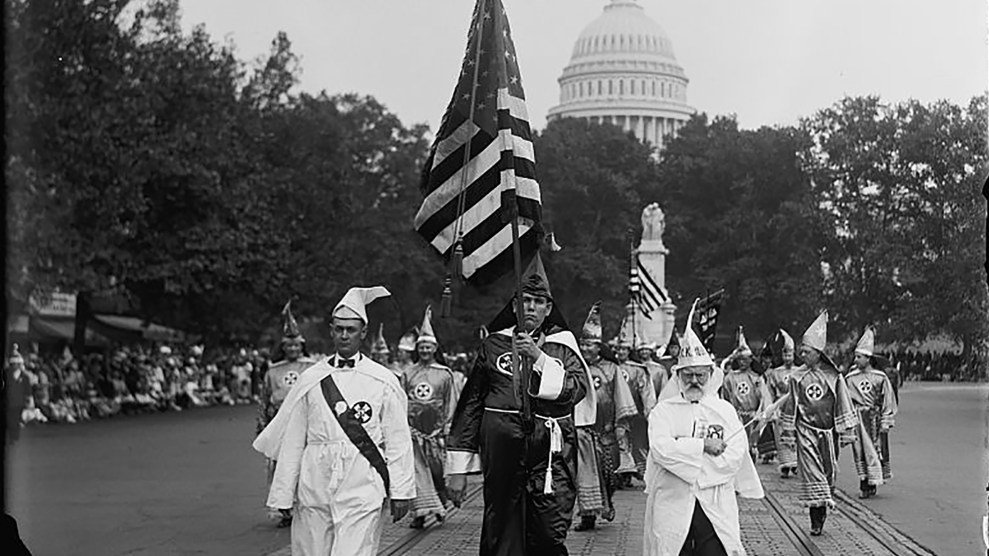 During a press conference on Thursday announcing Justice Department nominees, President-elect Joe Biden did not mince words about the grim events that unfolded at the US Capitol the day before: “Don’t you dare call them protesters. They were a riotous mob. Insurrectionists. Domestic terrorists. It’s that basic. It’s that simple.”

While the reality that rabid, violent Trump supporters—fueled by the president’s deranged and unequivocally false insistence that the election was stolen from him—would successfully storm the Capitol building and wreak havoc might seem like a fictional fever dream ripped from the darkest corners of the internet, it happened. While many people wondered aloud how such an event could be possible, the experts who track and research American extremism have been warning for months that something like this would likely happen—and it’s far from over.

“We need to tamp this down and drive it out of the mainstream, or terrorist attacks and hate crimes will continue to soar and our democracy will be at risk,” says Heidi Beirich, co-founder of the Global Project Against Hate and Extremism. Biden is already doing the most important thing he can at this moment, she says: “using his position to denounce these movements and their violence—as opposed to how Trump and many in the GOP have amplified their hateful ideas.” But once he takes office, Biden’s Justice Department will need to take specific steps.

Among other things, Beirich and her organization recommend that the incoming administration immediately adopt a system to screen white supremacists out of military and law enforcement agencies. They also suggest that the DOJ prioritize the aggressive prosecution of hate crimes and direct the FBI, Department of Homeland Security, and the National Counterterrorism Center to focus on the extremist right-wing movements that have come out of the woodwork and into the mainstream these past four years.

Trump supporters were online and plotting their takeover of the Capitol building in the weeks prior to the attempted MAGA coup, despite the insistence of DC’s police chief that his department had “no intelligence that suggests that there would be a breach.” That’s something else the Biden administration should focus on, Beirich says: The ways social media allows these movements to spread: “We need a lot of scrutiny of their role in amplifying hate and their failures to enforce their own policies.”

Though Biden has made it clear that domestic terrorism will be a priority issue for his administration, the details remain vague. His campaign website includes a plan to address gun violence, but it makes no mention of addressing the domestic terror threat. “They need a really good plan,” Beirich adds, “or we are all going to be suffering for a long time.”