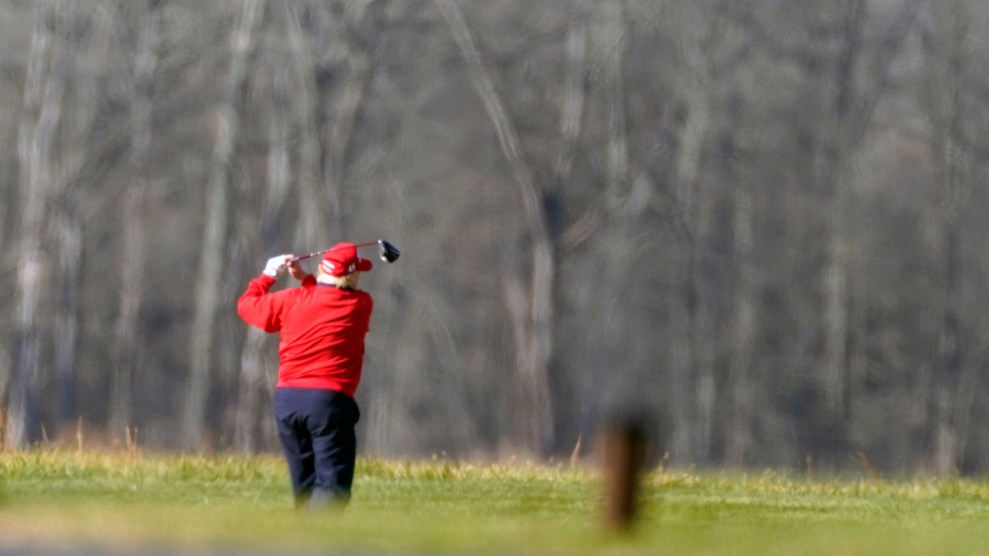 The global COVID-19 pandemic dealt former president Donald Trump’s golf course in Doonbeg, Ireland a heavy blow last year, with the resort, which has never been profitable, doubling its losses in 2020. According to a local news report based on required Irish annual corporate filings that are not yet available electronically, the complex lost just over $4 million in 2020. That red ink is likely a good indicator of just how poorly Trump’s broader, hospitality-focused business empire has fared during the pandemic.

COVID put a strain on Trump’s most valuable assets.

Trump purchased the golf course in 2014 and began years of expensive renovations. In 2019, Vice President Mike Pence detoured while on a diplomatic trip to Ireland to sleep there. Trump’s adult children traveled there multiple times during his presidency to oversee operations. All those visits financially benefited Trump while costing American taxpayers tens of thousands of dollars to secure the property and house Secret Service details.

While Trump often paints himself as property developer with strong ties to New York City, in recent years the Doonbeg course and two Scottish golf resorts have become the financial heart of the Trump Organization, with Trump having invested several hundred million dollars in the properties. Of the three resorts, Doonbeg has been the smallest drain on the company, with Trump believed to have put about $46 million into the property since he purchased it. But like the two Scottish properties, it has never come close to profitability.

It isn’t surprising that the pandemic battered Doonbeg. Kimberly Benza, a spokeswoman for the Trump Organization, argued in an email to Mother Jones that the losses were attributable to the Irish government’s COVID response, which shuttered Doonbeg for much of 2020.

“In 2020 Trump International Ireland, like every other hotel in Ireland (and most across the world), was forced closed by the Irish government due to Covid 19,” she wrote. “During that time, virtually all international travel was suspended, all restaurants and pubs were mandated closed and local citizens were quarantined to their homes.”

In Trump’s final presidential personal financial disclosure, released earlier this year, he reported Doonbeg had just $4.4 million in revenue in 2020—a steep decline of more than $9.3 million from 2019. The newest Irish filings show that the Trumps were unable to rein in costs and ultimately the resort lost more money than ever. According to the filings, the Trump’s did try to save some money—while Doonbeg received €496,000 (about $560,000) in Irish governmental COVID relief funds in 2020, it still laid off 118 employees, nearly halving its annual payroll.

Trump’s golf resorts in the British Isles have high greens fees and cater almost exclusively to the kind of well-heeled international travelers who stayed home in 2020. The same forces were felt across the travel industry, and have put a strain on the ex-president’s most valuable assets: Before the pandemic, more than 77 percent of the Trump Organization’s revenues came from golf courses, hotels, or other resorts.