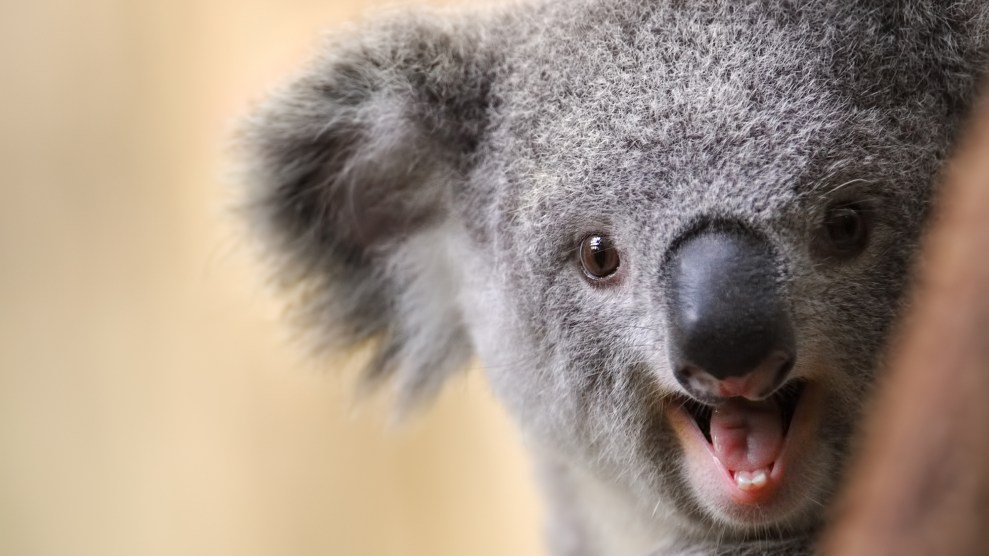 It was a koala massacre. Two years ago, Australia’s worst wildfire crisis left an unprecedented number of the country’s cherished wildlife charred or dead, among them tens of thousands of koalas. Photos of our iconic marsupial with barbecued paws shocked the world. In large parts of Eastern Australia, koalas are now endangered.

On Saturday, as the country went to the ballot box for a national election, I couldn’t shake those images of destruction and what they foretold for a country increasingly swept by extreme climate disasters. I wasn’t alone.

ScoMo and his conservative colleagues remained unmoved, both in policy and tone, by a brutal series of extreme disasters.

Australia resoundingly turfed out its conservative government on Saturday after the ruling coalition led by Scott Morrison sustained brutal losses across a wide swathe of districts. While votes were still being counted into the early hours of Sunday morning in Australia, it became clear that “ScoMo,” as he’s known, simply didn’t have the numbers to form a government, even in a minority. That honor will go to the center-left Labor party and its leader, Anthony Albanese, who will become the country’s 31st prime minister. The election ends nine years of conservative governments that have low-balled climate commitments and underplayed the urgency facing a continent uniquely vulnerable to global warming.

It remains to be seen what kind of government Albanese, dubbed “Albo” by Aussies, can pull together, but an outright parliamentary majority remains a possibility. While a Labor victory was long predicted by national polls, the battle was always going to be fought across a string of swing districts on bread-and-butter economic issues like inflation and wage growth. Labor seized districts from conservatives across the country, riding a strong anti-Morrison wave. But there was a big twist this election cycle: A field of so-called “teal” independent candidates focused on climate change appeared poised to topple top conservatives in key blue-ribbon constituencies in Sydney and Melbourne, helping erode the government’s numbers and position Labor for victory. These “teals” put climate action and anti-corruption reform at the top of their agenda, and their efforts were backed by unusually fierce grassroots activism. The smaller climate-focused Greens also enjoyed its best-ever election results by winning two seats in the country’s lower house, with two more in active contention. Added up, this is a potentially game-changing result that could open a rare hopeful chapter in Australia’s ongoing dramas over climate action, which have contributed to a head-spinning crisis in political leadership over the last decade.

“Together we can end the climate wars,” Albanese said in his victory speech in Sydney. “Together we can take advantage of the opportunity for Australia to be a renewable energy superpower.”

Scott Morrison will likely be remembered as a thin-skinned spin doctor who couldn’t spin his mistakes hard enough to win another election. He confessed to messing up Australia’s vaccine roll-out, which had the effect of extending tough Covid prevention measures, and promised to reform his “bulldozer” leadership style if reelected. Across his time in office, ScoMo and his conservative colleagues remained unmoved, both in policy and tone, by a brutal series of extreme disasters that beset the country. His late-campaign promise to allow new homeowners to use their retirement funds to buy into Australia’s overheated housing market wasn’t enough to woo voters. Analyzing losses in some traditional conservative heartlands will present ScoMo’s party, which tilted even further rightwards in recent years, a painful postmortem.

This was anything but an inspiring campaign season. Australians received a steady diet of negative partisanship and mudslinging across six weeks of dreary election pageantry. But if there’s one message I’m taking away from the early results: The climate wars that have dominated Australian politics just got a reset. Two weeks ago I wondered if the image of burned koalas during Australia’s wildfire crisis would be enough to sway Australians to make different choices.

There are more votes to be counted, and more trends to be analyzed. But, for now, I’m ready to call it: This one’s for the koalas.

This post has been updated with election results as they became available.