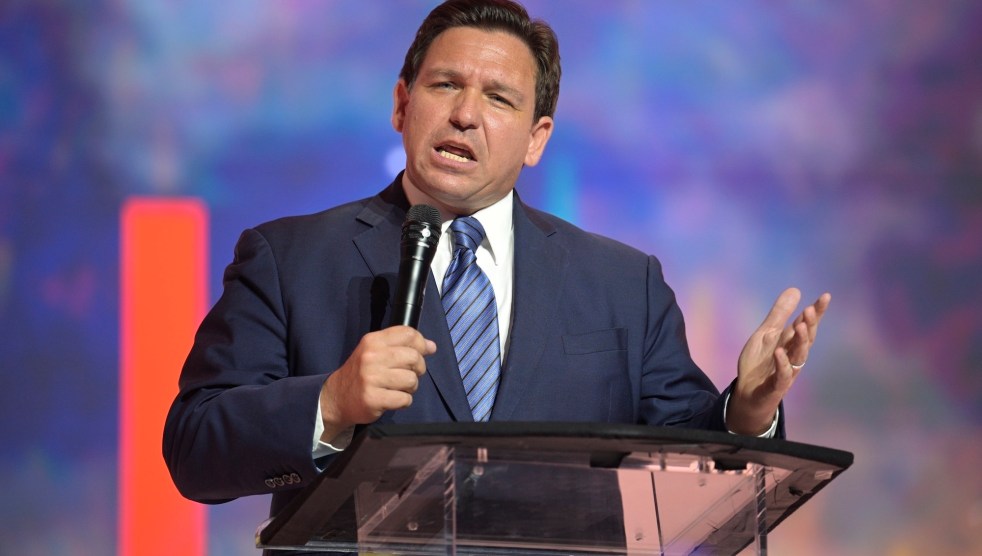 Florida Governor Ron DeSantis will appear at a rally in Pittsburgh for Pennsylvania’s GOP gubernatorial nominee Doug Mastriano on Friday, sparking outrage from Jewish groups in DeSantis’ home state. DeSantis is one of the few GOP politicians who comes close to former president Donald Trump in terms of popularity among conservative voters, and his fundraising is on a record-breaking pace. But Mastriano is considered to be much further on the extremist fringes of the political spectrum—even for a Republican.

Mastriano, who easily won the GOP primary earlier this year, is facing Democrat Josh Shapiro in November and is currently trailing by a sizable margin. In fact, Mastriano may owe some of his success in the primary to a Democratic effort to back the candidacy of someone so far to the right, he would defeat moderate GOP candidates who might have been more palatable to voters. Mastriano, often described as a Christian-nationalist, supports a total ban on abortion, expanded gun rights, and claims climate change is just “pop science.” He also has denied that Joe Biden won the 2020 election and has said that if elected governor, he would force everyone in the state to re-register to vote. In May, he suggested he would only certify a national election result if a Republican won.

But he also has gushingly described DeSantis as the model governor and described his own vision of turning Pennsylvania into the “Florida of the north.” The flattery seems to have worked, as it appears that the invitation to DeSantis did not originate with Mastriano. In a Facebook posting, Mastriano said that DeSantis had contacted him about appearing.

Doug Mastriano says Ron Desantis reached out to him about doing a rally for him, and it will be Friday in Pittsburgh: “My goal as Governor is to make PA the Florida of the north. He set the gold standard for the good a Governor can do leading a state.” pic.twitter.com/KUzII1Mdnu

Critics of Mastriano aren’t just concerned with his political views, but also about the company he keeps. On Friday, the Florida Democratic Party Jewish Caucus criticized DeSantis’ appearance, asking their Jewish counterparts in the Florida Republican Party to join them. The issue is Mastriano’s relationship with Andrew Torba, the founder of far-right Twitter alternative, Gab.

Mastriano has appeared in interviews with Torba and his campaign has paid Gab $5,000 to promote his candidacy. Gab has gained a reputation for right-wing extremist content and was the platform used by the mass shooter who attacked Pittsburgh’s Tree of Life synagogue in 2018. After Jewish and Black leaders, including the Republican Jewish Coalition, criticized Mastriano’s campaign for its ties to Gab, Torba responded by saying, “We’re not bending the knee to the 2 percent anymore,” apparently referencing the estimated 2 percent of Americans who are Jewish. Torba also said that he and Mastriano would only respond to questions from interviewers who were Christian.