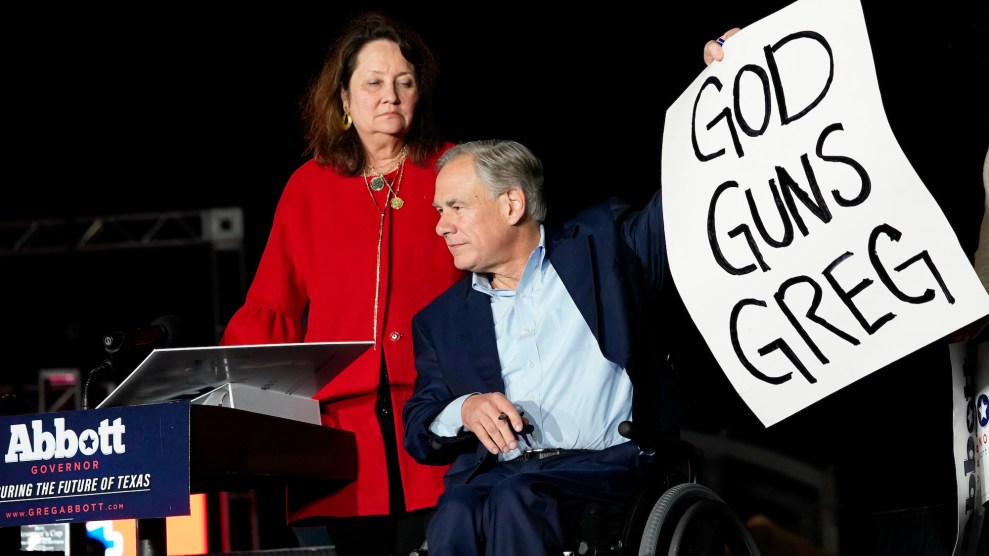 Was it already a year ago that you declared Texas’ “Goal Number One” was to “eliminate rape,” after a reporter asked how you could justify signing a 6-week abortion ban without rape exceptions? How’s that going for you?

Or, more specifically, how’s it going for the Texans who report an estimated 13,500 rapes to their local authorities annually, according to the FBI’s most recent crime stats? Did you know that’s a vast undercount, since 90 percent of Texas survivors never report to law enforcement, much less identify their experiences as sexual assault, given the social stigma and victim-blaming around it?

Did you have those numbers in mind this week, when you said during a taping of Lone Star Politics that your state’s abortion laws didn’t need a rape exception, because survivors “can get the plan B pill that can prevent pregnancy from occurring in the first place”? Do you know how much you sound like Todd Akin? Do you realize that emergency contraception must be taken within 5 days, costs up to $50, and is believed to work less effectively for those with a higher body mass index?

While we’re on that topic, how do you feel about the right to contraception, which 195 of your Republican colleagues in Congress voted against codifying on July 21? Did you know that the anti-abortion movement is explicitly targeting birth control next, by expanding the definition of abortion to include contraception? Is that where you plan to draw the line, after years of helping anti-abortion activists push through their agenda in Texas?

How can you say so confidently that victims don’t need abortions, because they can “access health care immediately, as well as…report it”? What about the survivors in the 80 percent of Texas counties where no hospitals employed a sexual assault nurse examiner as of 2020? Or the survivors in your capitol city, Austin, which paid out $825,000 earlier this year after the police department and district attorney’s office mishandled the rape cases of 15 women?

And what about the survivors who never make a report because they fear police bias or retaliation from their attacker? Did you know that in some places, sexual assault victims have been sued or prosecuted for reporting?

Let’s really get down to it: When you talk about rapists, are you only thinking about strangers in dark alleys? What did you mean last year, when you said you would “eliminate all rapists from the streets of Texas by aggressively going out and arresting them and prosecuting them and getting them off the streets”? Do the 80 percent of survivors who have a relationship with their assailant count, in your mind, as people worthy of protection?

More simply, do women count as people to you? Really? So why are you suing the federal government for making sure pregnant people in emergency rooms get the lifesaving treatment they need, even if it means ending their pregnancy?