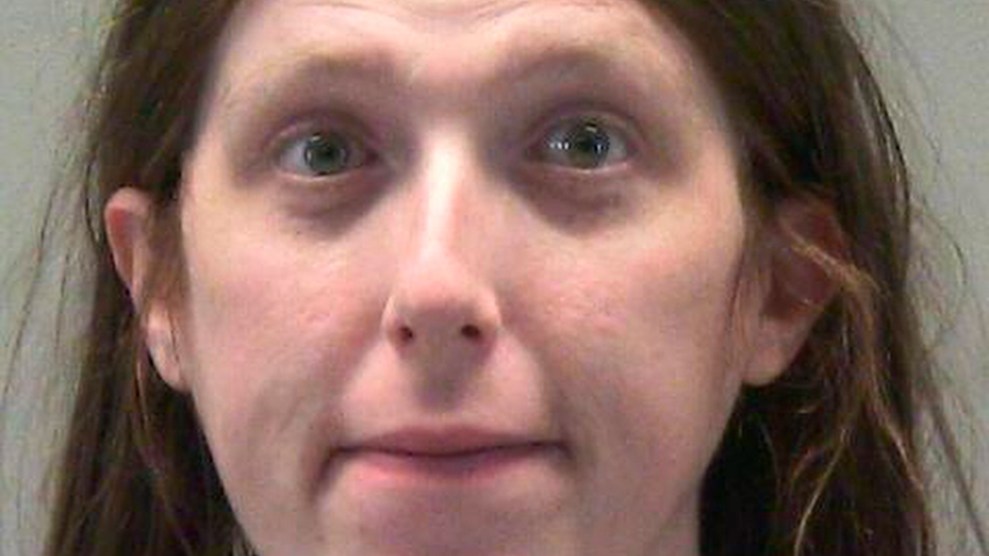 On Wednesday, one of five Oath Keepers on trial for charges that include seditious conspiracy related to the January 6 attack on the US Capitol unexpectedly took the stand in her own defense. Jessica Watkins told jurors about her personal story, and how her struggles as a trans woman led her from the Army to the insurrection.

She expressed contrition for her role in the attack on Congress, including interfering with Capitol police officers who were trying to stop the rioters’ advance. A video shown earlier in the trial saw Watkins yelling “push” as Oath Keepers tried to dislodge officers blocking a hallway.

“I want to say I’m sorry to you,”  Watkins told jurors. “But I’d rather say I’m sorry to Christopher Owens,” an officer who testified earlier in the trial. “He was on the other side of that line, protecting other officers from my dumbass, basically.”

Watkins’ decision to testify was a surprise and a gamble. She admitted to committing some of the six crimes with which she is charged—among them interfering with police officers—with the evident hope that her testimony will make sympathetic jurors more likely to acquit her on seditious conspiracy charges. Two other defendants at the trial, Stewart Rhodes and Thomas Caldwell, also took the stand in their own defense.

Prosecutors will have a chance to cross-examine Watkins on Thursday. They are likely to press her about claims she made before January 6 about preparing for a civil war, and her bragging on and after  January 6 about her role in the attack.

Watkins told a unique story on the stand too. She claimed that her trans identity—which she said she did not talk about until after her arrest last year—was part of the explanation for her role in the January 6 attack. She said her identity indirectly led to her being kicked out of the Army and losing contact with her family. When she came out to her parents, they cut off contact. (They have since reconciled.) When another soldier borrowed her laptop and discovered she was trans, he said to her: “I know who you are [a] faggot.”  After, she said she went AWOL.

Still, Watkins said she does not align with the transgender community because “really ultimately I hate myself; I see myself in them.”

“It’s not a like a flag you wave. ‘Look how cool,'” she said. “For me, it’s just like painful… It’s embarrassing and honestly disgusting.”

As critics online immediately noted, Watkins’ trans identify is not directly relevant to the crimes she is accused of. But under her lawyer Jonathan Crisp’s questioning, Watkins highlighted that identity. She said that she was drawn to emergency response activities, and eventually began working with the Oath Keepers—who claimed to provide security at large protests—as a way to replicate the army career she’d lost. “I could still serve in another way,” Watkins said.

More broadly, Watkins’ testimony was an apparent effort to present herself to jurors as a troubled but sympathetic person who might deserve leniency. She said that she did emergency response jobs and later worked security with Oath Keepers “to help people who are hurt.”

But, she added, there was also a darker motive: “I probably have a got a little of, I don’t want to say a death wish—[but] I put myself in harm’s way deliberately.”

After the 2020 election, Watkins organized training for other militia members in Ohio, telling one recruit: “I need you fighting fit” by Inauguration Day. But Watkins claimed that she had not planned to try to use force to prevent president Joe Biden from taking office. Instead, she said, she feared war after he took office. Watkins claimed she wanted to prepare for leftist rioting if Trump was able to remain in power, or for a possible invasion of the United States by China or the United Nations.

“I feel like I was gullible,” Watkins said. “I got a steady diet of InfoWars and Alex Jones. That’s how I found out about the Oath Keepers in the first place. I probably watched five or six hours a day.”

Watkins said she was “swept up” in the moment despite not planning to invade the Capital on January 6.

“It was a cool moment,” she said. “Everybody was excited to see us. People were chanting ‘Oath Keepers; Oath Keepers are here.'”

She continued: “At the time I thought it was this heroic American moment where we the people were going into our house…I basically lost all objectivity. I wasn’t security anymore. I was not even Jess. I was just another idiot running around.”