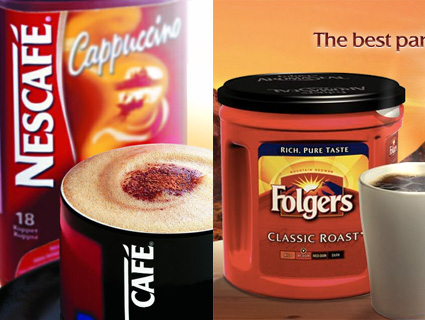 Just before Thanksgiving, the New York Times‘ William Neuman published an interesting piece on an emerging rift within the US fair-trade community.

Fair Trade USA, the main US fair-trade certifying entity, has announced plans to essentially lower its standards in the new year, Neuman reports. The group announced it would sever ties with Fairtrade International, “which coordinates fair trade marketing activities in close to two dozen countries,” Neuman writes. And large coffee plantations will be eligible for certification—before, only small cooperatives could receive the seal—as will “products with as little as 10 percent fair trade ingredients, compared with a minimum of 20 percent required in other countries.”

He dismissed criticism that his group was seeking to increase revenue for its own sake. “The more we grow volume, the more we can increase the impact” of fair trade, he said.

Who’s right? To think it through, it helps to remember why fair trade exists in the first place. The idea behind the movement is pretty simple: International trade in tropical commodities like coffee, chocolate, and bananas may sound like a great deal for workers and small producers in the Global South, but it really isn’t.

Huge, rich-world companies like Nestle and Folgers (now owned by JM Smucker) dominate trade and drive prices down, reaping windfalls. Production consolidates onto huge plantations that employ workers (often, children) at poverty wages; small producers get squeezed out. And as these high-production plantations expand their monocrops to meet global demand, they gobble up high-quality farmlands that might otherwise be supporting smallholders who grow food staples for domestic consumption along with foreign-exchange-earning crops like coffee.

And all US consumers have to show for their expenditures is cheap, poor-quality coffee, candy bars, etc.

So the fair-trade movement arose to connect rich-world consumers directly with small, artisanal producers, who would be paid a premium for quality, environmental stewardship, and fair labor practices. It plays the key role of giving smallholders a way to escape a globalized commodity market that would otherwise crush them. And it gives coffee and/or chocolate lovers like me the opportunity to enjoy my vices, reasonably sure I’m not impoverishing some farmer and stomping food security and biodiversity in the process. Moreover, the fair-trade movement has given rise to innovative companies like Divine Chocolate, which is 45 percent owned by the farmers who supply its cocoa beans, giving them a cut of the retail price fetched by the chocolate bars along with fair-trade prices for cocoa.

But even though fair trade modifies the economics of global trade in a way that builds wealth in the Global South instead of extracting it, it doesn’t do much for the millions of workers who toil on the big plantations geared to producing for the Nestles of the world, nor does it encourage plantation owners to rein in their monocrops to leave room for growing a variety of foods for domestic consumption.

So I agree with Equal Exchange that the old setup of using fair trade to protect small farmers must be preserved, and I agree with Fair Trade USA that some mechanism must be added to push large corporations and the plantations they buy from to treat workers and citizens in the growing countries right.

So what’s my proposed solution? The fair-trade label should be preserved as is, and a new one should be conjured up to be awarded to large plantations that meet strict worker and environmental standards. What should it be called? I’m stumped; but then, I’m clearly no marketing genius. If you have ideas, please put them in comments below.