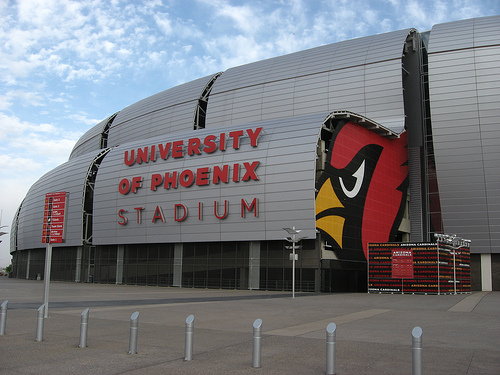 Here’s a shocking new statistic that puts the ongoing regulatory battle between for-profit colleges—the University of Phoenix, Kaplan University, and so on—and the Department of Education into context.

According to new data from the DoE released on Wednesday, 46.3 percent of all loan money lent to students at two- and four-year for-profit colleges in 2008 would eventually go into default. By comparison, the overall default rate in 2008—lumping together loan money given out to students at community colleges, for-profits, and traditional undergraduate and graduate schools—was only 15.8 percent. You know something’s wrong when the for-profit default rate, dollar per dollar, is nearly three times higher than the rest of academia.

And 2008 is no anomaly, either. Looking at the graph below, you can see that, since 2004, the for-profit college default rate has always exceeded all other colleges by a healthy margin.

From the Department of Education.

So what does this mean? It certainly gives the DoE more ammunition to defend its proposed “gainful employment” regulations, a crackdown the for-profit industry has fought tooth and nail. The DoE’s regulations would mandate that for-profit college graduates earn enough to repay their federal loans, or else the schools could lose access to federal loan funding. That would be a serious blow to much of the industry, which relies on such funds to survive. Most colleges receive 75 percent of more of their revenue in federal loan funding; at others, like the University of Phoenix’s parent company, Apollo Group, federal dollars comprise upwards of 90 percent of the revenue. (The legal limit is exactly 90 percent.)

But if more than four in 10 students at for-profit colleges default on their federal loans each year, how well is that government money being spent? That’s the question the Education Department has been asking for quite some time. It’s unclear when the department will fully implement its gainful employment rules, but with statistics like these, it’s hard to see why the department shouldn’t crack down on for-profit colleges.