For data crunchers and political reporters on the money trail, today is something of a holiday. Call it Super-PAC Tuesday.

Below are the highlights from Super-PAC Tuesday, from Colbert’s mystery donors and Jon Huntsman’s daddy’s money to Restore Our Future’s top funders. Super-PAC disclosures span the second half of 2011, while traditional campaign disclosures cover the final three months of last year. We’ll be updating this throughout the day. And if you have tips or questions, leave them in the comments section or email us at scoop (at) motherjones (dot) com.

Breaking down the balance sheets of GOP presidential hopefuls. 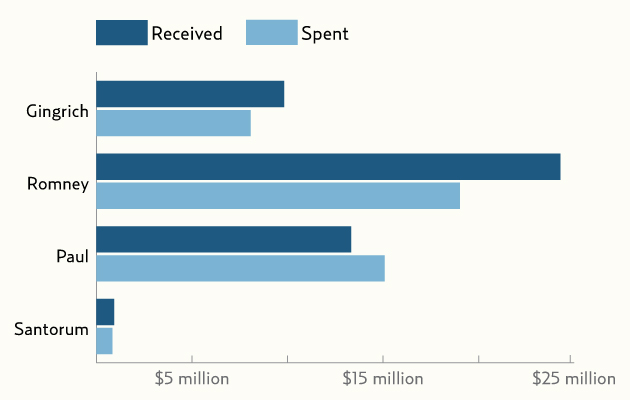 Newt Gingrich, By the Numbers 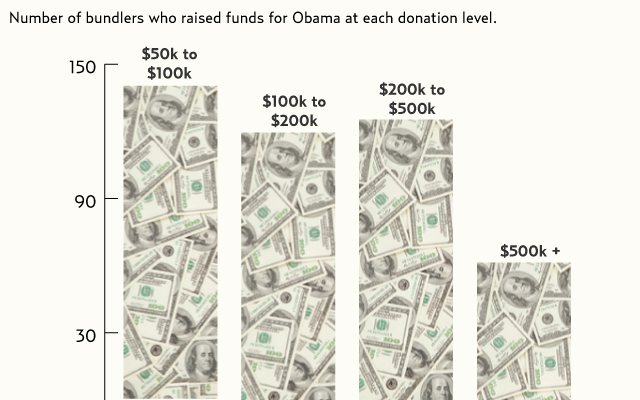 Here’s a look at some of the folks throwing bucks at Priorities USA Action:

$100,000: Steven Spielberg, co-principal at Dreamworks Animation and director of such films as Jaws, Schindler’s List, Jurassic Park, and that godawful Indiana Jones installment with aliens and a nuclear-blast-proof refrigerator.

$50,000: Lenny Mendonca, director at McKinsey & Company, a global management consulting firm. He also serves on the board of The New America Foundation and is a member of the Council on Foreign Relations.

$10,000: Joseph Falk, a public policy consultant for mega law firm Akerman Senterfitt in Miami. He is on the board of directors of the Victory Fund, a PAC dedicated to electing openly LGBT candidates to public office.

When Tim Pawlenty quit the race and endorsed Mitt Romney, the latter got an energetic, polished surrogate. The former got a fat check from Romney’s fundraising machine to pay off campaign debt. 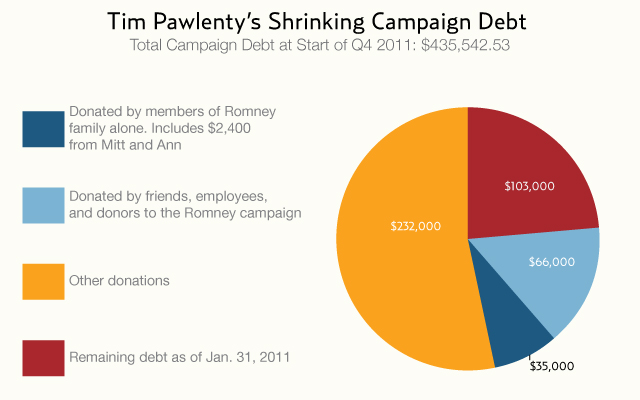 $150,000: Amount donated by Consol Energy, a Pennsylvania-based giant whose board of directors includes on Rick Santorum, to pro-Romney super-PAC Restore our Future.

70 percent of the money raised by pro-Hunstman Our Destiny PAC came from one man—Jon Huntsman Sr. 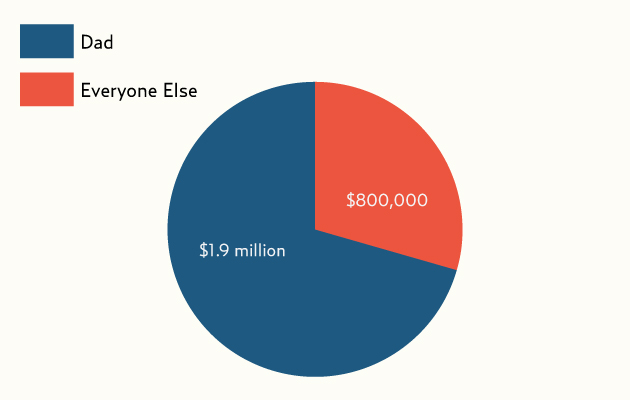 We are the 30 Percent

Where’d the rest of Our Destiny PAC’s money come from? A quick sampling:

$40,000: Craig Mckaw, Seattle telecom entrepreneur and cofounder of the Free Willy Foundation, which covered the living expenses and relocation costs of Keiko the Killer Whale. (His wife, Susan, chipped in another $40,000). 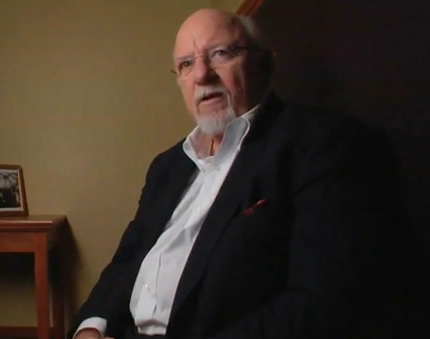 Top strategist Ed Rollins left Michele Bachmann’s presidential campaign in early September and proceeded to spend the next four months trashing it, famously telling reporters: “If I would have Googled her, I would have found out she had 6 chiefs of staff in 5 years.” Which makes that payment in Bachmann’s last quarterly filing sting that much more: $30,000 to one Edward J. Rollins of New York, New York. All told, Rollins was paid $120,000 by a campaign he helped sink, and which is currently $1,055,924 in the hole. 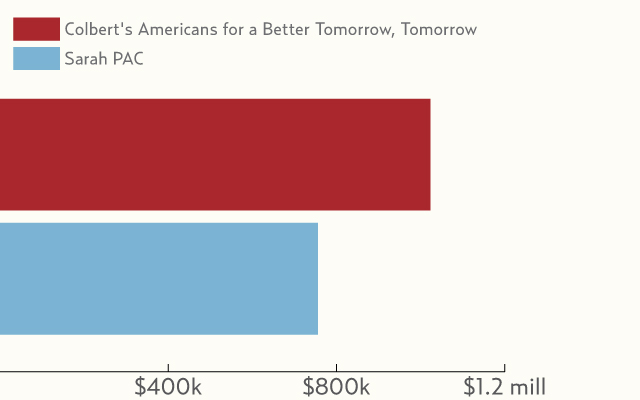 The famous, and not-so-famous, donors to Americans for a Better Tomorrow, Tomorrow 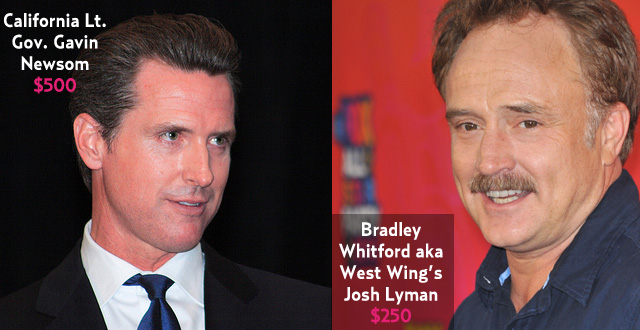