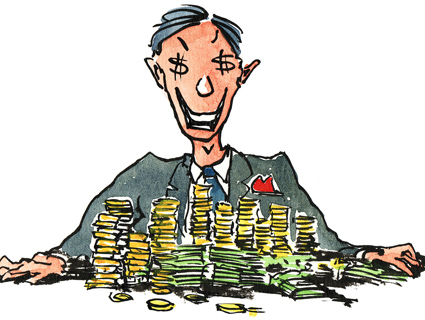 Hoosier (super-PAC) daddy?: Tea party candidate Richard Mourdock unseated six-term Sen. Richard Lugar in this week’s Republican primary in Indiana, thanks in no small part to super-PACs. As iWatch News’ Michael Beckel reports, pro-Mourdock groups spent even more than his campaign. Overall, Sunlight Foundation notes, the contest saw “the biggest outside money dump of any congressional race thus far.” At $2.2 million, the top outside spender was the antitax super-PAC Club for Growth Action, which ran anti-Lugar ads like this:

Also notable: A $25,000 donation to the pro-Lugar Hoosiers for Jobs from the Japanese-owned 7-Eleven convenience store chain may be the first disclosed gift to a super-PAC from a foreign-owned corporation.

Casting about for a candidate: Americans Elect, the dark-money 501(c)(4) group attempting to launch a third-party presidential bid through an online caucus, is still struggling to gain momentum. It has twice delayed its first caucus because no candidates have received enough support to qualify for it. Buddy Roemer, the leading contender for the AE nomination, told Mother Jones that he has major reservations about the group’s lack of transparency but thinks it’s “making a noble effort to improve the system.”

Unaccountable accounting: Reuters turns an eye on the complex web of fly-by-night companies and double-dealing consultants that get much of outside spending groups’ money but whose activities (and actual compensation) may be largely hidden in official disclosure reports. Rick Tyler, a political operative who advised the pro-Newt Gingrich super-PAC Winning Our Future, explains, “So you’ll get a congressional campaign manager who on the surface you think is making $50,000-$60,000. The fact is he could be making hundreds of thousands of dollars—you have no idea because he’s being paid separate from what you’re seeing.”

Obama super-PAC in trouble: MoJo’s Andy Kroll runs down four reasons why the pro-Obama super-PAC Priorities USA Action can’t keep up with its Republican competitors. One reason: While billionaire financier George Soros* just made a pair of $1 million donations to Democratic super-PACs, he remains reluctant to fund negative ads like the one below, made by Priorities USA Action. Another reason: Obama still has some work left to win over wealthy gay donors (even as his announcement that he now supports gay marriage brought in at least $1 million to his campaign).

The anti-super-PAC super-PACs: Roll Call‘s Eliza Newlin Carney takes a look at some of the tongue-in-cheek super-PACs formed to protest the post-Citizens United influx of big money into politics. One recent example: America’s Super PAC For The Permanent Elimination of America’s Super PACs, whose mission statement declares its intention to “call for a constitutional convention where an amendment will be proposed to ensure that corporations are never considered to be people.” (So far, though, it’s raised less than $200.) Meanwhile, a new poll finds that 52 percent of voters of all persuasions claim they’ll only vote for candidates who pledge to reduce the influence of big money in politics.

Now we’re talking real money: The Center for Responsive Politics finds that super-PAC expenditures in the 2012 election cycle are about to exceed $100 million any day now. The pro-Romney super-PAC Restore Our Future has spent more ($44.5 million) than all outside groups combined had spent at this point in 2008. Take a look at CRP’s chartified breakdown of all the spending: