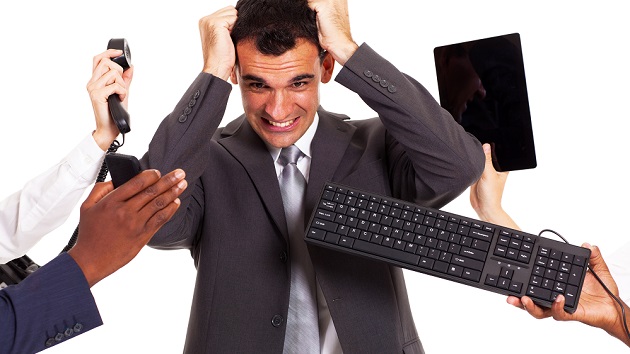 You’re a busy person. Keeping up with your job, plus your life, has you constantly racing. It doesn’t help that when working, you’re distracted not only by your mobile devices, but also by your computer. You average 10 tabs open in your browser at any one time, and you compulsively click amongst them. One’s your email, which never stops flowing in. At the end of the day, you sleep less than you know you should, but as you tell yourself, there’s just never enough time.

If this is how you live, then Maria Konnikova has a simple message for you: Pause, step back, and recognize the actual costs of your habits. A psychology Ph.D. and popular writer for The New Yorker, Konnikova circles back, again and again, to a common theme: how we thwart our own happiness, and even sometimes harm our brains, in our quest for a simply unattainable level of productivity. “The way that we’ve evolved, the way our minds work, the way we work at our most optimal selves, is really not the way we have to operate today,” Konnikova explained on this week’s Inquiring Minds podcast. “I feel like I’m fighting a losing battle, but I hope that if there are enough voices out there, someone will finally hear that, ‘Hey, this attempt at hyperproductivity is making us much less productive.'”

Based on Konnikova’s writings, here are four ways that we can change our lifestyles so as to also improve our brains and how they function: 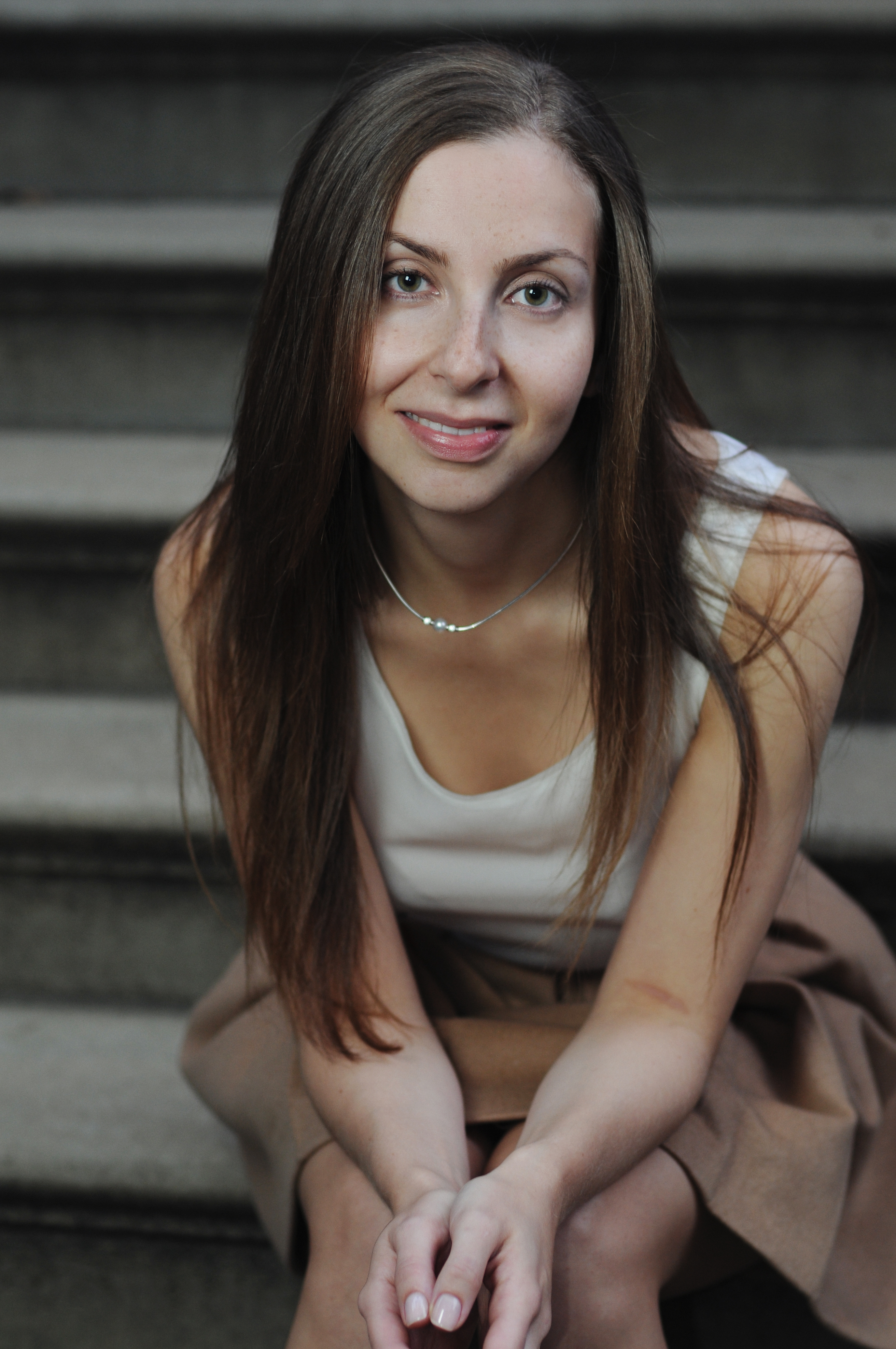 Sleep more. Science still has a lot to learn about how sleep deprivation affects us. But the research is starting to look pretty grave, especially in light of new studies (Konnikova has written about them here) suggesting that a crucial function of sleep is to purge the brain of biochemical waste products that are the result of conscious brain activity. This means that not sleeping enough could be contributing to the buildup of harmful proteins like beta-amyloids, which could in turn predispose us to neurodegenerative diseases like Alzheimer’s.

So how do you fix your bad sleep habits? Not easily: It requires nothing less than a major lifestyle change. “You can’t just think that, ‘Well, I’m not ever going to get enough sleep, but on the weekends I’ll sleep in and I’ll be okay,'” says Konnikova. “It doesn’t work that way.” Recovering from one night with too little sleep is easy, but recovering from chronic sleep deprivation requires nothing less than chronic sleep, er, restoration.

How much sleep? People vary, but the National Sleep Foundation says adults need seven to nine hours per night.

Stop being an internet junkie. You’ve probably wondered what the internet is doing to your brain. And especially if you can actually remember the era before the internet’s existence, you’ve probably noticed how the widespread availability of things like email has changed you. It might even have made you into a kind of addict, habituated to constant switching from task, to task, to task: Facebooking, tweeting, emailing, reading…and whatever else arises.

Using the internet in this frenetic way is just bad for us, says Konnikova. “Where the problem comes in is when we start to do it all simultaneously, when we start to multitask and really very quickly switch our attention from an article, to a tweet, to a Facebook post, and we’re just all over the place,” she explains. “Because that’s very cognitively demanding, and that makes us less able to engage with what we’re reading and what we’re doing, and it also just makes us exhausted and worse at the tasks that we do have to accomplish.”

So how do you use the internet better? Set rules for yourself, advises Konnikova: a half-hour of email, followed by a half-hour of Twitter, and so on. You can force yourself to have this kind of discipline, or, you can use a tool to help you with it. To get writing done, Konnikova herself uses an app that blocks you from using the internet for a set period of time, forcing you to work and focus. 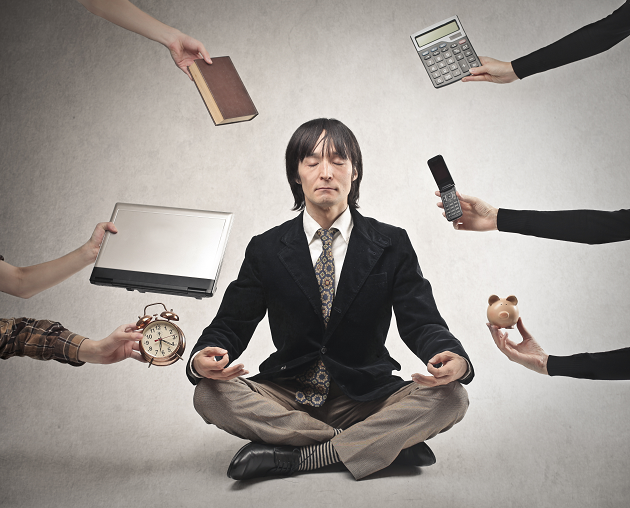 Put a check on your multitasking. Our problems with using the internet productively are just a subset of a broader problem: multitasking. We have a culture that encourages it, even though it forces us to use our brains suboptimally (at best). “How many job descriptions have you seen where it says, ‘Good at multitasking,’ or, ‘We need someone who’s a good multitasker’?” asks Konnikova. “It’s just this mindset that this is a very very good thing.”

It isn’t. Konnikova wrote recently about how open offices, which are widespread, distract us and leave us stressed out and less productive. It’s because they thwart our ability to focus; the space itself is structured for multitasking and a lot of distractions and interruptions. And yet, being able to focus is closely related to happiness. “There’s really interesting work showing that when you’re focused on what you’re doing, you become happier, even if what you’re doing is incredibly boring,” says Konnikova. “And even if you’re doing something very fun, it will be less fun for you if you’re not paying attention to it.”

So how do you stop multitasking? First, try to make a habit of noticing how much you do it, Konnikova says. And instead, as with the internet, try to discipline yourself, so that you do only one thing at a time. 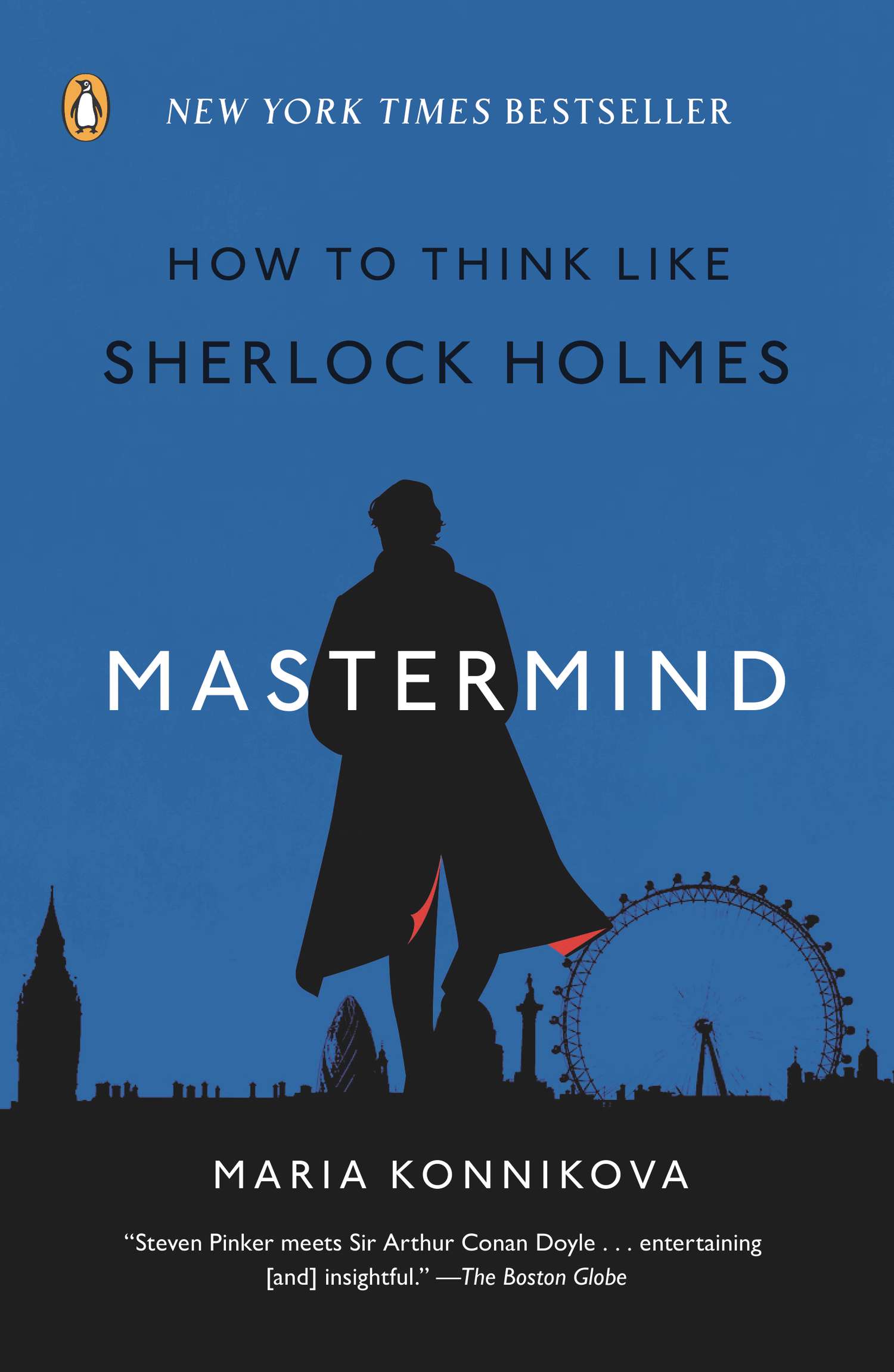 The most striking thing about Arthur Conan Doyle’s character is his supreme attentiveness, his ability to perceive the details that everybody else misses. And yet Konnikova notes that Holmes solves his crimes, in significant part, through inactivity. “He often just sits in his armchair and does a lot of nothing,” says Konnikova. “He has his eyes closed, or is playing the violin, but often just does nothing at all.” It is this rest, this calm, that enables Holmes to be such a hyperfocused and attentive detective when he’s actually on the case.

So how do you think like Sherlock Holmes? Konnikova says you need to mimic the detective in his armchair: Take 10 to 15 minutes each day, set them aside, and designate them as your time for not doing anything. “All you really need to do, for instance, is sit in your chair in your office, and close your eyes for 10 minutes, and focus on your breath, just on the ins and outs of your breath,” says Konnikova. “And that’s it.”

Research shows that such mindfulness exercises help improve your attention, your focus. “It’s like a muscle, it starts growing stronger, bigger,” says Konnikova. “You start being able to focus much more easily, and for longer stretches of time.”

But, you might be thinking, making these changes would be so hard! Yet that very way of thinking is itself the problem. “It’s this mindset that this is the way we need to operate, but it’s really counterproductive,” says Konnikova. “And what we don’t realize is that it’s making us less creative, it’s making us unhappy, and it’s not using humans to the best of their capacity on both a mental and physical level.”

You can listen to the full interview with Maria Konnikova here:

This episode of Inquiring Minds, a podcast hosted by neuroscientist and musician Indre Viskontas and best-selling author Chris Mooney, also features a report by Climate Desk’s Tim McDonnell on how climate change is threatening winter sports, and a special guest appearance by science communicator Dr. Kiki Sanford, who helps us break down what happened in the widely watched Bill Nye vs. Ken Ham creationism debate earlier this week.

To catch future shows right when they are released, subscribe to Inquiring Minds via iTunes or RSS. We are also available on Stitcher and on Swell. You can follow the show on Twitter at @inquiringshow and like us on Facebook. Inquiring Minds was also recently singled out as one of the “Best of 2013” shows on iTunes—you can learn more here.