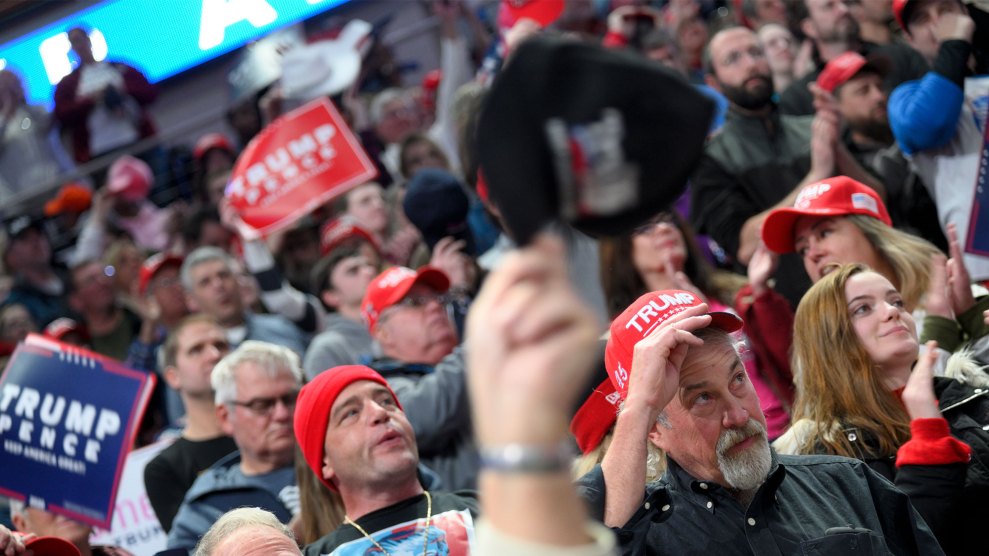 Trump supporters at a campaign rally in Pennsylvania on December 10,2019.Bastiaan Slabbers/NurPhoto via Getty Images

After days of public backlash, President Trump gave in to pressure and canceled a campaign rally in Tulsa, Oklahoma, scheduled for Friday, Juneteenth. In a tweet late Friday, Trump said his “African American friends and supporters have reached out to suggest that we consider changing the date out of respect for this Holiday.”

We had previously scheduled our #MAGA Rally in Tulsa, Oklahoma, for June 19th – a big deal. Unfortunately, however, this would fall on the Juneteenth Holiday. Many of my African American friends and supporters have reached out to suggest that we consider changing the date out…

Trump’s choice not just of date but location raised perfectly justifiable suspicions of race-baiting. June 19 is a holiday celebrating the end of slavery in the United States, and Tulsa was the site of a 1921 racist massacre that destroyed a thriving Black neighborhood and killed hundreds. Worse, CNN political analyst April Ryan reported earlier this week that Trump was planning to give a “race relations speech” at the event, written by none other than Stephen Miller, the architect of Trump’s white nationalist immigration policy.

Sen. Kamala Harris (D-Calif.) said the rally wasn’t “just a wink to white supremacists—he’s throwing them a welcome home party.” Rep. Al Green (D-Texas) said the time and place of Trump’s rally was “more than a slap in the face to African Americans; it is overt racism from the highest office in the land.”

Yet, as my colleague Nathalie Baptiste wrote Friday, Republicans live in a fantasyland where Trump can win over Black voters:

The video of the killing started an uprising and a protest movement against systemic racism not seen in generations. In response, there have been no reassuring presidential messages of unity or comfort to Black Americans. Instead, there have been tweets. In the last few weeks alone, Trump has tweeted “when the looting starts, the shooting starts,” a reference to a racist police chief from the 1960s. He also retweeted an account smearing Floyd and supported a fake conspiracy theory that the 75-year-old man in Bufffalo who was pushed by police officers and left bleeding on the sidewalk was staged. He also urged governors to crack down harder on anti-racism protesters, saying they will look like jerks if they don’t “dominate.” He referred to those who demonstrated as “THUGS.”

The Juneteenth rally was the first MAGA event scheduled after the Trump 2020 campaign had paused his rallies for three months because of the pandemic. Trump’s approval numbers nationwide are low as is, and even lower among Black people. According to poll earlier this month, 88 percent of Black people say Trump had increased racial tensions.

Trump also tweeted that the rally would be rescheduled for June 20 “to honor” the requests of the Black friends and supporters who apparently told him to postpone. The rally will still take place in Tulsa. According to Trump, more than 200,000 people have requested tickets—dubious considering the event is being held at an arena that seats less than 20,000.

…We have already had ticket requests in excess of 200,000 people. I look forward to seeing everyone in Oklahoma!

Everyone who attends a Trump rally will apparently be asked to sign a waiver promising not to sue him if they contract COVID-19 at the rally. Because even though it may feel like the world has moved on, we are still in a pandemic!