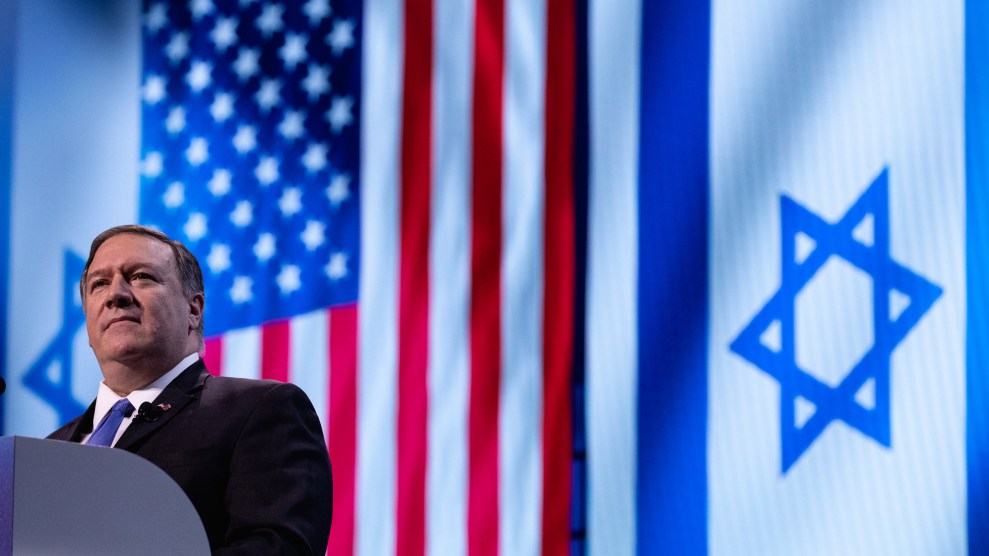 The State Department is finalizing a report that would declare advocacy groups like Human Rights Watch to be “anti-Semitic,” a designation that could have far-reaching implications on their international reputations and ability to interact with the US government.

The move, first reported by Politico, is coming out of the office of Elan Carr, the special envoy to monitor and combat anti-Semitism. A report from his office reportedly criticizes these groups, which include Amnesty International and Oxfam, for their perceived involvement in the Boycott, Divestment, and Sanctions movement, a campaign to put economic pressure on Israel to end its West Bank settlements and change its policies toward Palestinians. “Certain non-governmental organizations (NGOs) regularly participate in and promote the Global BDS Campaign or engage in other activities that meet the International Holocaust Remembrance Alliance (IHRA) Working Definition of anti-Semitism,” reads a memo produced by Carr’s office, which Mother Jones obtained, that urges Secretary of State Mike Pompeo to permit the release of its report. “Through their participation in the Global BDS Campaign, these organizations have advocated in favor of harming U.S. economic relations with Israel and U.S. foreign policy interests.”

A State Department official familiar with the planning said that the report focuses on an effort by several NGOs to encourage the United Nations High Commissioner for Human Rights to release a database of businesses “engaged in listed activities related to Israel’s settlement enterprise,” as required by a 2016 UN resolution. All three organizations cited by Politico as targets of the State Department effort—Amnesty International, Human Rights Watch, and Oxfam—were signatories to an August 2019 letter urging the high commissioner to stop delaying the release of the list. None of those groups are overt supporters of the BDS movement.

“Yet again, the administration is spreading misinformation and working to undermine those who are working to protect human rights,” Bob Goodfellow, interim executive director of Amnesty International USA, said in an emailed statement. Leaders of other human rights advocacy groups made similar criticisms. “To accuse some of the world’s preeminent human rights organizations of being anti-Semitic is absurd and wrong,” Rob Berschinski, senior vice president for policy at Human Rights First, said in a text message. “These organizations fight discrimination in all its forms, sometimes at great personal risk. This action is a direct affront to many courageous men and women.”

It’s still not clear what practical impacts a designation of “anti-Semitism” would have on these organizations. “Can we still host them at events? Can they be cited in the reports?” asked a State Department official I spoke with. In January, Human Rights Watch executive director Kenneth Roth provided testimony as part of a meeting of the Commission on Unalienable Rights, a group formed by Pompeo that has argued for a narrow view of human rights that privileges religious freedom. If Roth is now seen by the State Department as the leader of an anti-Semitic organization, why would he have been invited to give his perspective? (A State Department spokesperson declined to respond to that question or others raised about the proposed designation.)

The proposal will no doubt face outside legal challenges and stoke existing tensions inside the State Department. Already, an internal draft of the report received pushback from department lawyers who “point[ed] out how much litigation this would provoke,” the State official told me. Carr nonetheless pushed to get it in front of Pompeo. “I just found out that [Pompeo] wants this package submitted to him by 1600 [4 p.m.] today,” Carr wrote in an email to his State Department colleagues on Tuesday. It’s not clear if Pompeo has spoken with Carr about the proposal, but Politico reported that the declaration could come “as soon as this week.”

“What is clear is that a public pronouncement criticizing human rights NGOs for doing their job would be a gift to autocratic governments around the world,” said Berschinski of Human Rights First. “In that regard a declaration along the lines of what’s been reported would be a travesty.”