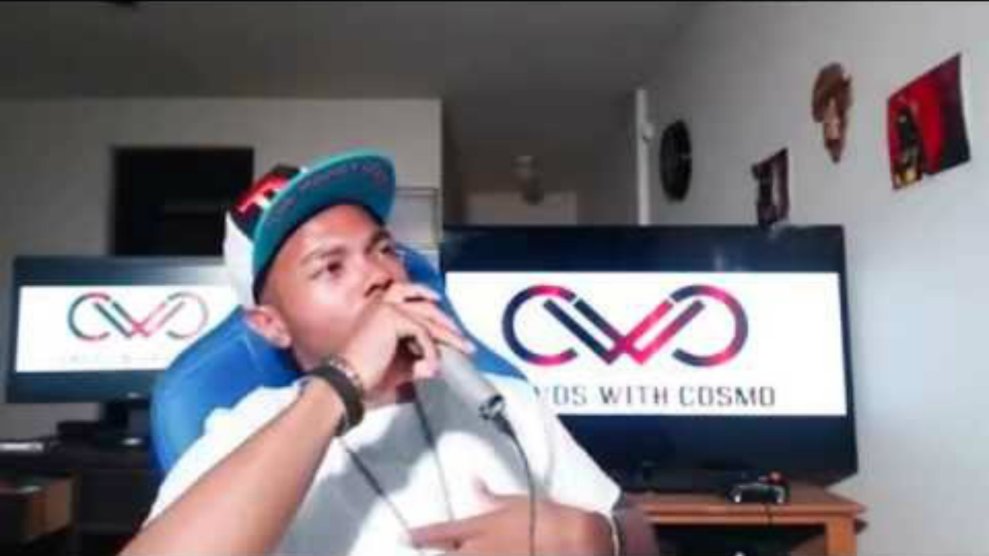 A still from one of Gavin Long's YouTube video.YouTube

On July 17, in the second (at least) targeted attack on police in just over a week, 29-year-old Gavin Long shot six cops, three fatally, in Baton Rouge, Louisiana. The former Marine had posted YouTube selfie videos in which he commented on the need to respond to “oppression” with “bloodshed,” and praised the recent shooting of 11 officers in Dallas as “justice.” Long also appears to have been part of the so-called “sovereign citizen” movement. Last May, he filed official documents in Jackson County, Missouri, declaring a name change and identifying himself as a member of the Empire Washita de Dugdahmoundyah—a black group that espouses some of the movement’s ideas. According to the Daily Beast, Long was also carrying an ID card from the Empire at the time of the shooting. Here’s what you need to know about sovereign citizenship, and the branch Long subscribed to.

Sovereign citizen ideology is modeled on Posse Comitatus. A government-hating, right-wing Christian group, Posse Comitatus was founded around 1970 in Oregon. Its members claimed that white Americans, not Jews—whom members accused of manipulating government and financial institutions—were the true descendants of the Biblical tribe of Israel. Posse members rejected the authority of government officials, judges, and police officers. They claimed that because blacks were granted citizenship under the 14th Amendment (an act of government) they were bound by the government’s laws and were slaves to the state. But white citizenship predates the Constitution, the Posse claimed, so whites were bound only by “common” law, which made them “sovereign” and free—and not, for example, compelled to pay taxes.

Sovereign citizens played a major role in the formation, during the 1990s, of so-called “patriot” militia groups.

Ryan Lenz of the Southern Poverty Law Center, which tracks anti-government groups, says Posse members traveled around during the 1970s and 1980s teaching financially stressed whites—chiefly farmers who were losing their land during the agricultural crisis of those decades, or people facing foreclosure and debt—that the group’s ideology could help them out of their money binds. The Posse’s solution? Declare sovereignty and separate one’s legal “shell”—the named entity tied to social security numbers, birth certificates, and other forms of government identification—from one’s actual personhood. A person who did this, the Posse said, would no longer need to abide by rules of the state. Sovereign citizens played a major role in the formation, during the 1990s, of so-called “patriot” militia groups. (There was a resurgence of such groups after President Barack Obama was elected.)

Sovereign citizens are notorious for “paper terrorism”: Members of the movement often travel without drivers licenses, passports, or other state-issued ID. They are known to drive with fake license plates and often present police officers with travel cards and bogus insurance paperwork when they get pulled over. Faced with a traffic ticket, or when involved in other dealings with government agencies, sovereign citizens are notorious for flooding the agencies with hundreds of pages of documents—written in somewhat nonsensical “common law” language—arguing for the rights to which they claim entitlement. In one 2010 case, a sovereign submitted 10 such filings in a bid to get out of a $20 dog licensing fee. It worked. A state prosecutor dropped the case after two months of back and forth. Sovereign citizens have also been known to squat on vacant property and lay claim to it using phony deeds, and file bogus property liens against adversaries. Some have convened citizen tribunals, declaring government officials guilty of corruption, and acquitting themselves of any charges against them by the state.

The movement is growing, and spreading to new demographics. Based on IRS data on tax protesters, the Southern Poverty Law Center estimates that the sovereign movement has about 300,000 members. The SPLC has seen an uptick in participation since 2010, Lenz says, largely due to the housing crisis. Naturally, the ideology spreads quickly online, in chat rooms and YouTube comment sections. Newer recruits may be unaware of the movement’s racist roots; ideas espoused by Black sovereign citizen groups, Lenz says, “seem to affirm black personhood in the presence of a dominant white narrative.” And the anti-government sentiment often takes the form of leftist pan-Africanism and black separatism.

One strain of the ideology popular among black Americans is rooted in the Moorish Science Temple of America: It holds that blacks predated Native Americans in North America, and thus have indigenous rights. (Wesley Snipes, convicted of tax evasion in 2008, had ties to one of the first known black sovereign groups, the Nuwabians.) According to J. J. MacNab, an expert on sovereign citizens at the Center for Cyber and Homeland Security at George Washington University, sovereign ideology is most common among blacks in East Coast cities such as Philadelphia and DC, and in the South—particularly Florida, Tennessee, and the New Orleans area. After the 2014 Ferguson protests, the St. Louis area also became a hotbed for black sovereign citizenship. “You’re going to find chiropractors and dentists and doctors and all kinds of wealthy professionals in this movement as well—not just poor,” MacNab says.

“By the time you’re in the fringe, left-wing, right-wing doesn’t really matter anymore.”

Gavin Long hailed from Kansas City, Missouri. In Long’s county filings, MacNab told me, he declared that he was shedding the name associated with his legal shell—he’s “Cosmo Setepenra” in the YouTube videos—and that he was only subject to indigenous common law. Sovereign citizenry may have begun as a right-wing movement, she says, but “by the time you’re in the fringe, left-wing, right-wing doesn’t really matter anymore.”

Members of Long’s “Moorish” offshoot, the Empire Wishitaw de Dugdahmoundyah, insist that much of the land acquired by the United States in the Louisiana purchase belongs to their ancestors. (Fredrix Washington, an Empire leader, told me he does not consider it a sovereign citizen group, that the Empire no longer producers false identification documents, and that he denounced Long’s killing of police officers. The group sells bogus license plates on its website, however, and some of its members were investigated by the federal government in the late 1990s for money laundering, offshore banking fraud, and selling illegal license plates, which they said were justified under common law.)

Members of other black groups, such as the African American Homeland Association and the New Black Panther Party (not to be confused with the Black Panther Party for Self Defense) also express sovereign ideas, MacNab says, but so-called Moorish sovereigns probably represent just 5 to 10 percent of the overall movement. Many black Americans subscribe to “patriot” sovereign ideology, which has been around longer and is largely championed by whites. There are “hundreds of strains of thought as to what sovereign citizenry is,” Lenz notes.

Police see sovereign citizens as their biggest threat: While the movement’s chief tactic is legal warfare, sovereign groups have been prone to physical violence against police, judges, and government officials. In a 2015 survey of nearly 400 law enforcement agencies by the Police Executive Research Forum, a law enforcement research group, 74 percent said they considered sovereign citizens to be the top threat facing law enforcement. The Department of Homeland Security also considers sovereigns a domestic terror threat.

From 2010 through 2014, there were at least 24 violent incidents involving sovereign citizens.

From 2010 through 2014, there were at least 24 violent incidents involving sovereign citizens, according to CNN. In 2010, a father-son sovereign duo in West Memphis, Arkansas killed two police officers with an AK-47 during a traffic stop. In the wake of the 2014 Ferguson protests, two men were accused of plotting to kill the Ferguson’s police chief and top prosecutor, and blow up a police station. The men, who ultimately pleaded guilty to weapons charges, had ties to the New Black Panther Party. One, like Gavin Long, identified himself as a Moorish national, according to the Star Tribune. Only “a tiny little group of people” within the larger movement have been linked to violence, MacNab notes. But younger sovereigns may be more amenable to it: “The older generation will do a decade of paperwork before they give up” and lash out.