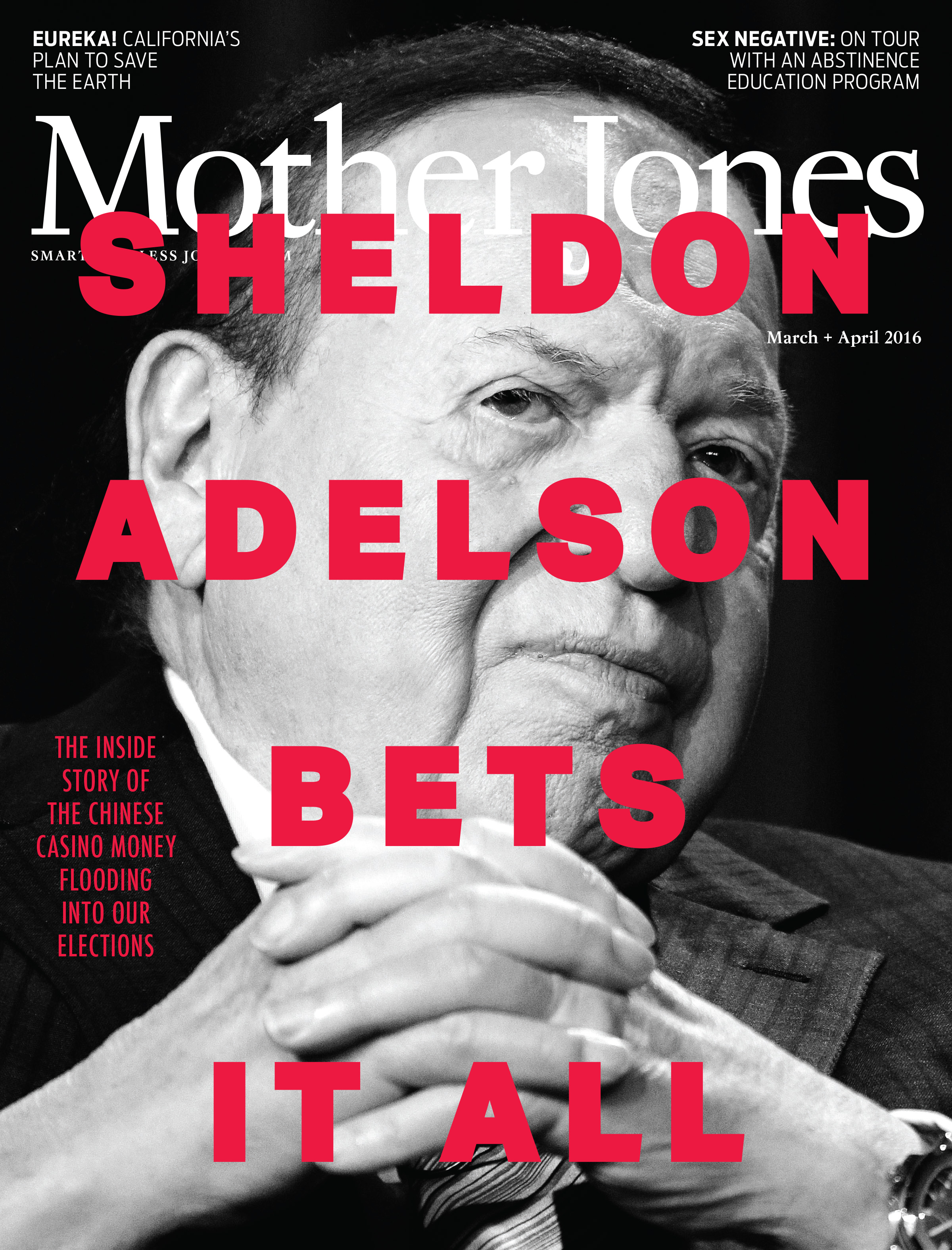 Following up on her widely cited investigation into the plaintiffs in last year’s Obamacare Supreme Court case, Stephanie Mencimer now profiles the man behind a new crop of litigants challenging long-standing civil rights laws (“Claim of Privilege”); the illustration is by Edmon de Haro, a native Barcelonan who has worked with the New York Times, The Atlantic, and FiveThirtyEight.

1 Matt Isaacs spent years covering gangsters and gambling in Macau with the University of California-Berkeley’s Investigative Reporting Program (“Sheldon Adelson Goes All In“).

4 Gabriel Kahn (“Dreamers of the Golden Dream”) covers the intersection of climate and the economy; he is still trying to figure out how far a single charge can take his Nissan Leaf.

5 Gary Rivlin (“Car Trouble”) is an investigative fellow at the Nation Institute and the author of five books, most recently Katrina: After the Flood.

6 Ben Voldman is a Brooklyn-based illustrator who has drawn for web comedy outlet Funny or Die—look online for an animated version of the hermit crab he contributed to this issue (“Killer App”).